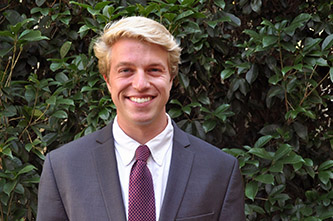 As a Vinson Fellow working with Dr. Rusty Brooks this semester, I explored the effects of China’s Belt and Road Initiative (BRI) — the country’s multi-trillion-dollar mission to reroute global trade and ocean traffic while projecting its growing influence across the world.

The decades-long plan is designed to bolster regional connectivity and catalyze trade activity through a broad range of infrastructure projects across three continents. When the BRI began in 2013, Chinese President Xi Jinping laid out two objectives: a series of six economic land corridors that would comprise the Silk Road Economic Belt and a 21st century “Maritime Silk Road” to strengthen China’s influence over some of the world’s most critical shipping lanes.

The BRI has become far more than an effort to put China at the center of global commerce. The initiative’s reach now spans the globe, extending to the Arctic Circle and even to projects in cyberspace and outer space. But my research has indicated that the BRI’s success is certainly not inevitable and the Chinese may have extended themselves too far.

I explored questions related to Chinese motivations, the risks associated with the BRI and the implications for U.S. foreign policy. To answer these questions, I utilized a variety of data from the World Bank, the International Monetary Fund (IMF), the Pew Research Center and the Center for Strategic International Studies. I explored variables such as trade facilitation indices, corruption, credit ratings, sovereign debt levels and public opinion toward China. I also reviewed case studies in three BRI partner countries, Malaysia, Sri Lanka and Djibouti.

As others have pointed out, to the Chinese the BRI seems to be as much about developing markets and creating projects for their massive construction sector as it is about projecting influence and gaining leverage over partner countries. But I found that many of the beneficiaries of BRI infrastructure investment and loans are countries with low credit ratings that score poorly on corruption and governance indices. BRI has helped cause serious debt distress in many of these partner countries and left many huge infrastructure projects on the rocks.

Fear about so-called “debt traps,” in which a borrower gets stuck in a cycle of rolling over loans because they can’t make regular payments on the principal, has turned public opinion against Chinese investment in some countries. Concerns that China might use debt vulnerabilities to acquire strategic facilities or extract diplomatic advantages have borne out in several countries already. In Sri Lanka, identified by the IMF as vulnerable due to a massive public debt, the government was forced to surrender control of a BRI port project to avoid a default.

Backlash against the BRI seems most evident in Malaysia, where the former prime minister left office under a shadow of corruption and fraud associated with a Chinese project. The new prime minister, Mahathir Bin Mohamad, came to power on a wave of anti-Chinese sentiment and immediately canceled three BRI projects worth over $20 billion. Anti-China sentiment is also rising in the African press, particularly in Kenya where Chinese infrastructure investment has been heavy.

My observation is that the U.S. government has been slow to develop a coherent policy to address the effects of China’s Belt and Road Initiative. There is no doubt that the debt trap risks, the projection of Chinese power and influence, and increasing control over global supply chains is a security risk that the United States needs to take seriously.

Recently, it appears the Trump Administration is paying closer attention to BRI effects. Vice President Pence emphasized the U.S. “Free and Open Indo-Pacific Strategy” at the annual Asia-Pacific Economic Cooperation Summit in Singapore, and it is clear that strengthening regional security agreements in the Indo-Pacific region is becoming an increasing priority with the administration. The Build Act of 2018, recently passed with bipartisan support, created the U.S. International Development Finance Corp. to offer development assistance to Asian countries an alternative to China. That’s an important first step, but there is still great need for a policy that specifically addresses the Belt and Road Initiative and the risks associated with it.

My research fellowship this semester at the Carl Vinson Institute of Government has been fascinating, and I look forward to continuing my research on the Belt and Road Initiative in my future academic and professional pursuits. I am grateful to Dr. Brooks for serving as my faculty mentor and sharing his depth of expertise in global development and the region, as it was integral to the success of my project.