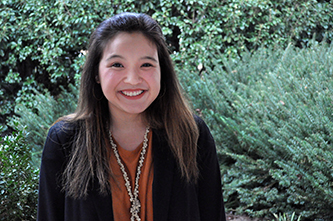 As a second-year undergraduate student studying international affairs and political science, I am passionate about human rights in the United States and beyond, and studying social and economic inequalities has pushed me to seek a life based in justice.

Through my work with a variety of community-based organizations and student groups, I have learned more about rural communities and the life stories that exist within them, which has encouraged me to investigate the rural healthcare crisis.

The coexistence of rural hospital closures and strong metro area hospital profits highlights an intriguing disconnect. Hospitals are increasingly governed by structurally different systems: hospital authorities remain in rural regions, but in urban areas, hospital authorities have transferred power to nonprofit organizations instead. Standards of transparency for government officials are clear within Georgia’s Sunshine Laws, but they are less so for component units, including nonprofits with delegated authority.

As a Vinson Fellow, I plan to work with my faculty mentor Mara Shaw to research the reasons for this evolution of Georgia hospitals and assess the differences between rural and urban healthcare. From there, I hope to address how transparency can be ensured as hospital authorities consolidate under the helm of these independent nonprofit organizations. This matters because transparency is an essential objective which impacts rural and urban inequalities in healthcare and underscores effective government as a whole.

Christina is a second-year undergraduate Honors student from Kennesaw. She is pursuing bachelor's degrees in international affairs and political science, minoring in Spanish and has begun working on a master’s degree in international policy. She has served as the political action chair with the Hispanic Student Association, trained as a site leader for IMPACT Alternative Spring Break trips and serves as a Goizueta Ambassador for the UGA Office of Undergraduate Admissions and assistant senior editor for the Georgia Political Review.