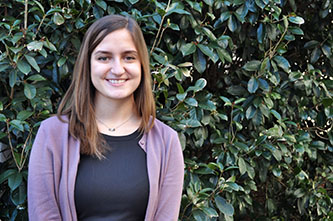 The cluster concept was created in 2005 by the United Nations to address lapses in coordination and inefficiencies during the 2004 Indian Ocean tsunami disaster response. I initially wanted to explore the failures of humanitarian cluster coordination and how those affect health outcomes in camps. However, with time constraints I instead focused just on two specific cases. I studied the humanitarian cluster approach in both Haiti and Greece to identify how each cluster worked with national governments and how well-coordinated each disaster response was.

After the 2010 Haiti earthquake, aid agencies poured into the country. But despite the overwhelming humanitarian response—more than 420 health agencies participated in the cluster there—the country experienced a cholera epidemic. The outbreak was attributed to contamination by UN peacekeepers, exacerbated by poor infrastructure in refugee camps and lack of water treatment. Despite adequate funding and resources, the cluster was unable to effectively stop the spread of cholera quickly. Resources such as healthcare workers, healthcare facilities and chlorine water treatment were poorly allocated—many were put into urban areas, leaving rural areas with few resources.

When Greece was overwhelmed with refugees fleeing Syria and other Middle Eastern countries in 2015, another failure in humanitarian cluster coordination occurred. Though the Greek government had immigration institutions in place and the European Commission provided millions of dollars in aid, people were placed in makeshift refugee camps with poor shelter and sanitation. Refugees still remain in Greece because other countries closed their borders. Continuing to provide aid to the camps is becoming unsustainable.

I hope to continue this project independently and explore potential solutions to humanitarian cluster coordination challenges.

This semester at the Institute of Government has been an incredibly unique opportunity to explore a topic I’m fascinated by and while being surrounded by the amazing individuals who work there. I am so thankful to have been mentored by Rusty Brooks. He is knowledgeable about his field and offered invaluable advice and connections.

Kate Ayres is a junior Honors student majoring in international affairs and Arabic, with a minor in global health. Originally from Dahlonega, she serves as the external engagements coordinator for the Roosevelt Institute’s UGA chapter and is a delivery captain for Campus Kitchen. Kate previously served as a student researcher in the UGA School of Public and International Affairs and is currently conducting independent policy research on the absence of healthcare in refugee camps.