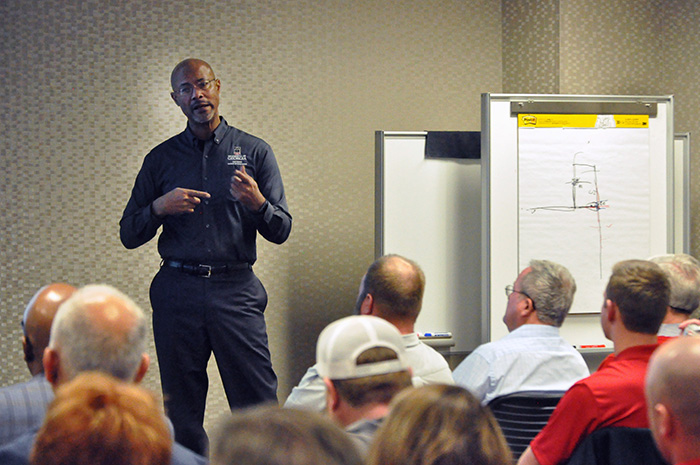 Classes on critical topics such as municipal finance, planning and zoning, and staff relations were presented by Institute of Government faculty members and other subject matter experts Feb. 10-12 at the University of Georgia’s Tifton Campus and March 4-6 at the Georgia Center for Continuing Education and Hotel in Athens.

Each gathering began with an orientation session about the Institute of Government’s training partnership with GMA, which represents all 538 cities in Georgia. Mara Shaw, the Institute of Government’s interim associate director for governmental training, welcomed the incoming councilmembers and mayors and gave them an overview of what to expect during the three-day Newly Elected Municipal Officials Institute.

“You have entered the ranks of a group of dedicated local government public officials who have made a commitment to improve the lives of citizens in the communities in which you live and now serve,” Shaw said.

The three-day training institute helped newly elected city leaders gain a greater understanding of their roles and responsibilities, study critical policy and finance issues and learn about the resources that are available to cities throughout Georgia.

In addition to fulfilling state-mandated training, the Newly Elected Municipal Officials Institute provided an introduction to the continuing education courses the Institute and GMA offer through the Harold F. Holtz Municipal Training Institute. Courses offered through the Holtz Institute allow municipal officials to progress through a series of certificate levels in recognition of their commitment to lifelong learning.