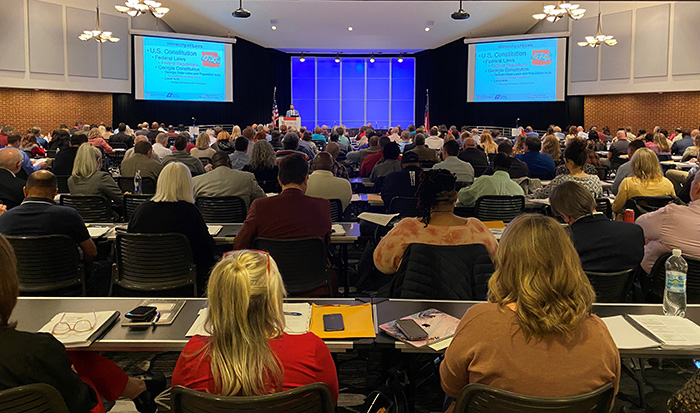 A second spring session of the Newly Elected Municipal Officials Institute launched this week in Tifton. Nearly 500 newly elected mayors and councilmembers have registered in total for the spring 2022 sessions.

The newly elected officials build skills in collaboration, policy and meeting management during the institute. They come from around Georgia to take part in state-mandated training. Sessions include an introduction to key issues such as ethics, municipal finance, planning and zoning, open meetings, open records and parliamentary procedures.

The first 2022 session, held in late February at the Georgia Center on the University of Georgia campus, welcomed a sold-out crowd of 250 newly elected mayors and council members.

The Newly Elected Municipal Officials Institute provides a general overview of the function of municipal government in Georgia and the roles and responsibilities of mayors and councilmembers. It is offered each year in early spring. Municipal elected officials who have served before and have been reelected are required to attend again if they have been out of office for more than four years.