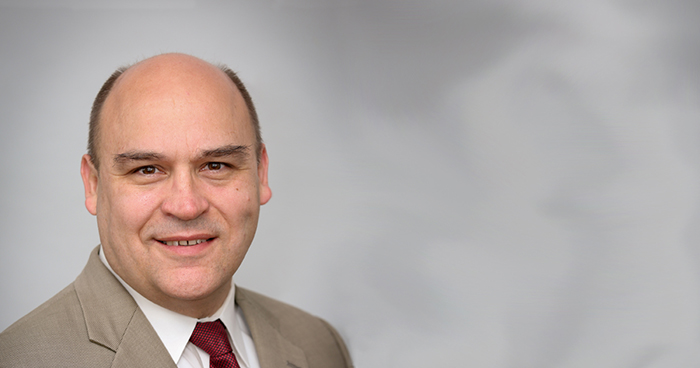 David Tanner is the associate director of state services and decision support with the Carl Vinson Institute of Government. In his almost nine years at the institute, his work helped with initial implementation of Georgia’s juvenile justice reform incentive grant, with courts now sending juveniles to treatment rather than detention. Through Tanner’s work on Georgia’s High Demand Career Initiative UGA has helped more than a dozen communities across the state create workforce development programs.

The Hill Award recognizes distinguished achievement in public service and outreach by UGA faculty members and service professionals who have made contributions to the improvement of the quality of life in Georgia that greatly exceeds the normal accomplishments of a productive faculty member.

Tanner led the Institute of Government’s initial response to implement Georgia’s juvenile justice reform diversion program, which included organizing workshops and training materials for juvenile courts on how to apply for funds from a $6 million state appropriation to redirect youth in the juvenile justice system from out-of-home placement to evidence-based mental health therapy programs. The state's investment in diversion grants has helped redirect more than 7,000 youth to community-based services and drastically reduce the number of youths in state custody.

Tanner also was instrumental in strengthening economic development efforts within the Institute of Government. He was one of the lead facilitators for the State of Georgia’s High Demand Career Initiative, which led to new workforce development contracts with the Georgia Department of Education Career and Technical Education program, the Cobb County Chamber of Commerce and Chattahoochee Technical College. Over the next two years, Tanner and his team helped grow the Institute of Government’s workforce development portfolio from one $79,000 contract to over 14 projects per year totaling more than $500,000 in annual contracts.

Additionally, he spearheaded the Institute of Government’s efforts to help the University System of Georgia (USG) improve its data-informed decision making. Over the past seven years, Tanner and his team have helped USG with data analytics and visualization that informs enrollment management and student success. Overall, USG has invested more than $1.5 million with Tanner and the Institute of Government since 2013.

“[Tanner] is a visionary who impacts critical policy decisions for state government,” said Amy Jacobs, commissioner of the Georgia Department of Early Care and Learning. “He truly cares about how his work impacts the state of Georgia. His decades of state government experience allow him to see the big picture and strategically connect the work of many state and local organizations while offering expert advice on how to move policy forward.”