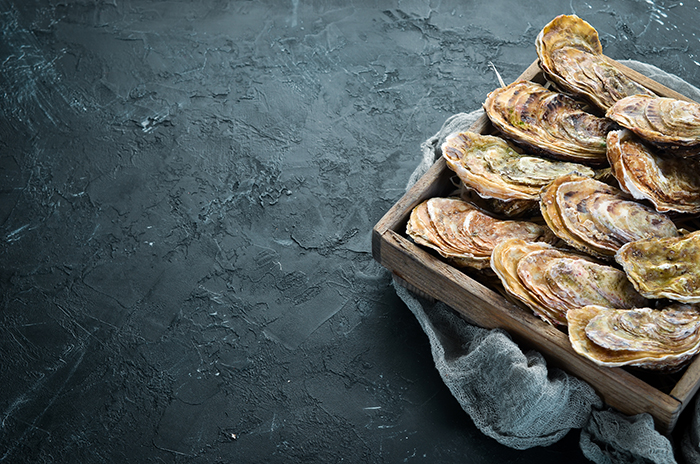 Is an oyster livestock? What exactly are the potential land-based components of marine oyster farms? Where might these activities be located, and how can communities adjust their land use codes to provide for them?

Those are just a few questions coastal communities face as oyster farming, or oyster mariculture, grows in Georgia. As new state laws increase opportunities for communities to potentially benefit from this industry, University of Georgia researchers at the Carl Vinson Institute of Government are working to help land use planners and potential farmers navigate the legal framework.

The effort comes from watching neighboring states wrestle with issues between landowners and oyster farmers as demand for the salty shellfish increases.

“We’d like Georgia communities to have the information they need to avoid unnecessary conflicts and confusion,” said Katie Hill, a researcher in the Vinson Institute’s Planning and Environmental Services Unit. “We want to both educate communities generally on oyster farming as a new industry in the state and also discuss how they will approach it in their zoning and land development regulations.”

With funding from Georgia Sea Grant, Hill and Scott Pippin, a faculty member in planning and environmental services, mapped out existing zoning districts where land-based components of oyster farms may be allowable for Georgia’s ocean-facing coastal counties. They presented their work during a recent workshop for officials like Pamela Thompson, director of community development in Glynn County.

“It was really helpful to understand the industry, process and its impact on the entire community,” Thompson said. “Being aware of state and local resources helps planning so we can address the needs of the oyster farming industry and ensure environmental sustainability.”

While extensive guidelines for fishing in coastal waters exist, oyster farming presents a new frontier that spans sea and shore. Hill and Pippin collaborated with UGA Marine Extension and Georgia Sea Grant and the Coastal Resources Division of the Georgia Department of Natural Resources to learn more about oyster cultivation and how farms are currently sited in state waters.

They then looked to other states with established oyster farming industries and identified a spectrum of land uses that vary in complexity — from fishermen trucking bushels of oysters in coolers to local seafood sellers to floating/field nurseries (FLUPSYS) and hatcheries, to fully integrated operations that include restaurants and retail options.

“We wanted to focus on more involved land-based oyster industries,” Hill said. “Ones that may be candidates for fully integrated operations, which are especially attractive for agritourism and economic development.”

In Georgia, they studied existing codes in coastal counties to pinpoint where oyster farming land uses might be permitted, such as waterfront marinas, and agriculture, industrial, conservation and commercial zones. The challenge is that aquaculture, or growing aquatic animals or plants for food, isn’t specifically mentioned in most counties’ zoning codes.

“When there are no zoning districts that clearly allow oyster farming, it can impede business planning and development for prospective oyster farmers and leave the community vulnerable to lawsuits from other property owners claiming that the practice is not allowed under current zoning,” Pippin said.

To make room for land-based oyster farming activities, Hill and Pippin found that local governments might need to form new zoning districts or amend existing districts, among other options.

For example, a judge in South Kingstown, Rhode Island, ruled that oysters are equivalent to “livestock” under the town’s zoning code, thereby allowing the Matunuck Oyster Farm and Bar to operate in a rural residential district. Hill and Pippin would, however, rather see communities address these issues proactively, instead of having to rely on a court decision.

“As our oyster industry grows, local governments will play a large role in community decisions concerning where and how the land-based activities associated with these businesses will be located,” he said. “It’s important that they understand both the economic and environmental benefits of these new operations to maximize these benefits and avoid any potential problems.”

Meanwhile, Hill and Pippin will revisit questions posed during the recent workshop — from the legal ramifications of oyster farming in residential areas to using state-owned docks to harvest and process the product.

“Going forward,” said Hill, “we’ll draft guidance documents for coastal community officials to support individual counties as they consider revisions to their zoning codes. We believe this is an important component in our work supporting the new oyster farming industry in Georgia.”