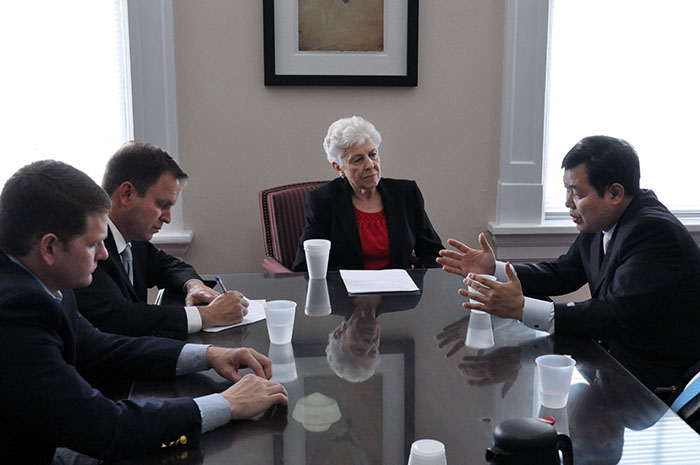 The vice-mayor of Seoul's Seodaemun District met with Athens-Clarke County government leaders recently to move forward with an economic and cultural exchange program announced in June 2015.

The 2015 agreement, signed by Denson and Seodaemun Mayor Seok-Jin Mun, calls for Athens and Seodaemun to explore international cultural, educational, and economic exchanges over the next three years and beyond. Mun and Cho are the top executives of Seodaemun, one of Seoul's 25 government districts.

Cho invited Denson and Williams to visit Seoul and pointed out the similarities between the two cities. Athens is home to the University of Georgia and several other institutions of higher education; the Seodaemun District has nine university campuses, he said.

Cho also told Denson that Athens feels like his second home. He earned a master of public administration degree at UGA in the 1990s and his two children attended Timothy Road Elementary School. "I have a special affection for Athens," he said.

Denson signed the initial agreement in June 2015 at a meeting with Mun that the Institute arranged. Mun plans to return to Athens in September for additional discussions with Denson and Williams.