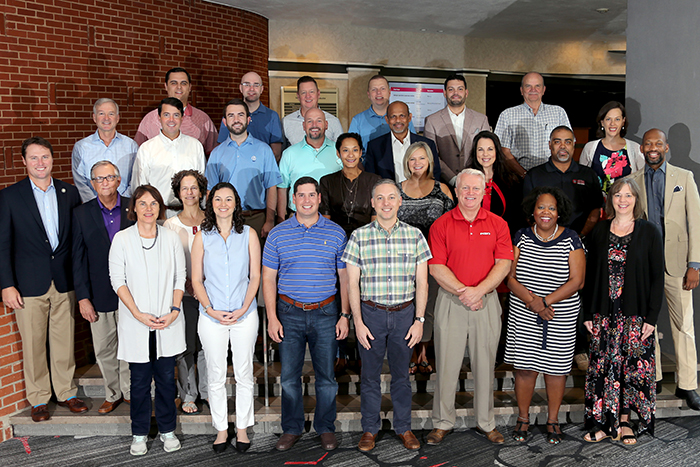 The GLLI curriculum allows lawmakers to strengthen their leadership skills while also reinforcing the legislative institution.

Lawmakers attending GLLI sessions this August at the Georgia Center for Continuing Education explored leadership with House Speaker David Ralston and Lt. Gov. Geoff Duncan, learned more about the University of Georgia during a luncheon address by UGA President Jere W. Morehead and took part in a discussion panel with four veteran senators and representatives. The five-day session kicked off with a welcome by Institute of Government Director Laura Meadows.

“The Georgia Legislative Leadership Institute allows new legislators to explore their own leadership styles, better understand those of their colleagues, network with colleagues and gain expertise and skills to better serve their constituents,” Meadows said.

GLLI, an extension of the Biennial Institute for Georgia Legislators, allows freshmen members of the House and Senate to explore critical legislative topics such as public values and policy development, leadership challenges, building trust and addressing fairness.

It is supported by the Robert W. Woodruff Foundation and is designed to allow legislators to address key elements of personal, ethical and political leadership that can help them carry out their roles and responsibilities as elected representatives. Since its inception, more than 170 legislators have attended GLLI, delving deeply into the legislative process and gaining the skills to be more effective legislators.