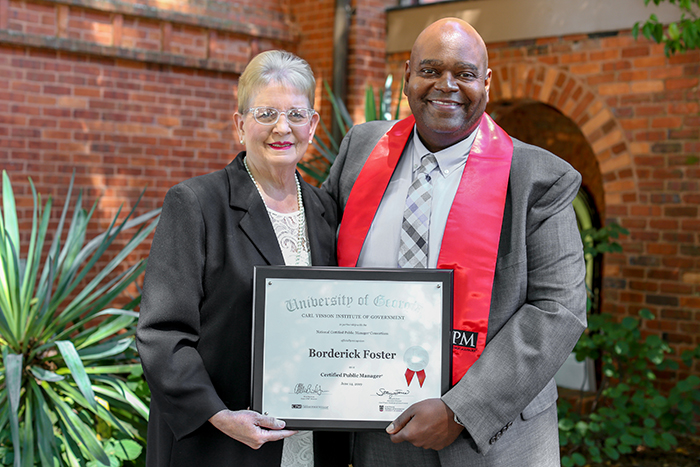 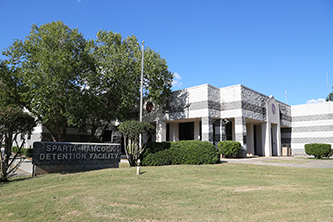 Hancock County Clerk Borderick Foster’s cost-saving initiative succeeded beyond his wildest dreams. Not even a courthouse fire so hot it melted a brass bell could deter him.

When Hancock County leaders began seeking new ways to cut costs and build reserves, Foster figured out how to save $5.5 million by refinancing a jail construction bond. But first he had to track down or re-create copies of the bond documents that were destroyed when fire gutted the Hancock County Courthouse on the square in Sparta.

Foster made the cost-saving initiative his capstone project when he enrolled in the Institute of Government’s Certified Public Manager (CPM) program. He presented the project results to his 26-member class in late spring and received his CPM certification at a graduation ceremony this summer.

“Last year, we were doing a campaign on ways to save,” Foster said. “This was the end of October, and you can only refinance these bonds in December and June, so we had a short deadline to get it done that year.”

It didn’t help that the very documents Foster would need had been destroyed when fire ripped through the county’s 130-year-old courthouse in 2014.

“It was a nightmare at first. I had no idea how we were going to re-create all these files, because when the courthouse burned, all that stuff was destroyed,” he said. 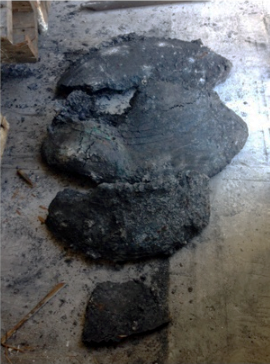 “I printed those documents out, and I reconstructed the bond the best that I could,” Foster said.

Foster says he’s still amazed by how much the county could save by refinancing the jail bond.

“It only extended the payment schedule by one year, so if we had not done the refinancing, we would still be paying that huge amount each year. Now I can see how we can even build some reserves and give the general fund a break,” he said.

The 300-hour CPM curriculum, delivered in Georgia exclusively by Institute of Government faculty, is designed to help managers with state and local government agencies strengthen their leadership skills to earn nationally recognized certification. The program features a combination of in-class learning, independent study and a capstone project, according to CPM instructor Marci Campbell, an Institute of Government faculty member.

“The capstone project is a CPM requirement and has to help improve efficiency, customer service or program effectiveness,” Campbell said.