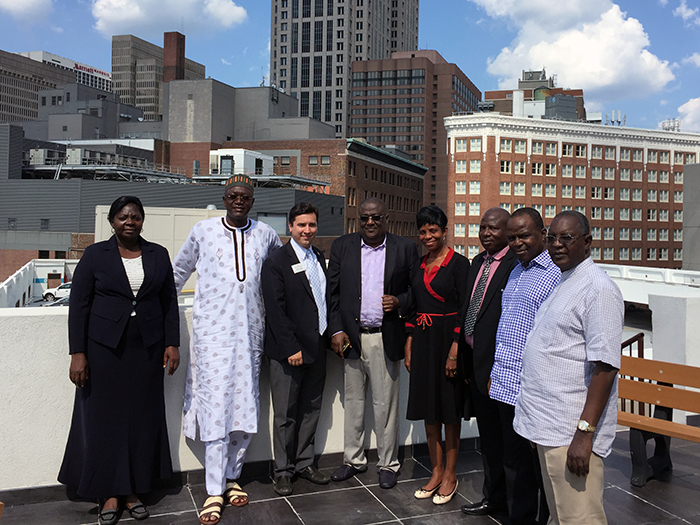 More than a dozen leading officials with the National Judicial Council of Nigeria attended an intensive government finance course that the Institute's Financial Management Training Program provided for administrative staff that works with the African nation's judiciary.

Faculty member Dave Lakly led sessions in revenue administration, budgeting, internal controls, and government financial management during two courses arranged at the request of a Texas-based training group that regularly works with the Nigerian government. The group contacted the Institute of Government because members of the Nigerian delegations expressly wanted to visit Atlanta, where the Institute has offices.

The training sessions focused on how the state of Georgia manages finances, though the classes provided an in-depth comparison between Georgia government and the way public finances work in the Federal Republic of Nigeria, according to Lakly. "It was based around what Georgia does, but it was also very much an open discussion," he said.

The training delegations encompassed a broad spectrum of Nigerian government officials, including accountants, auditors, administrators, and information technology experts who work with their country's judicial leaders.

Lakly had planned to present two three-day sessions. However, unrest in Turkey delayed the arrival of one group that had been scheduled to travel through Istanbul, so he adjusted the training agenda to cover all of the material in two days instead of three.

A catering service provided Nigerian food for breakfast and lunch each day. At the end of the second session, one of the officials remarked that despite coming from very different cultures, sharing Nigerian food in the City of Atlanta reminded him how people everywhere have so much in common.