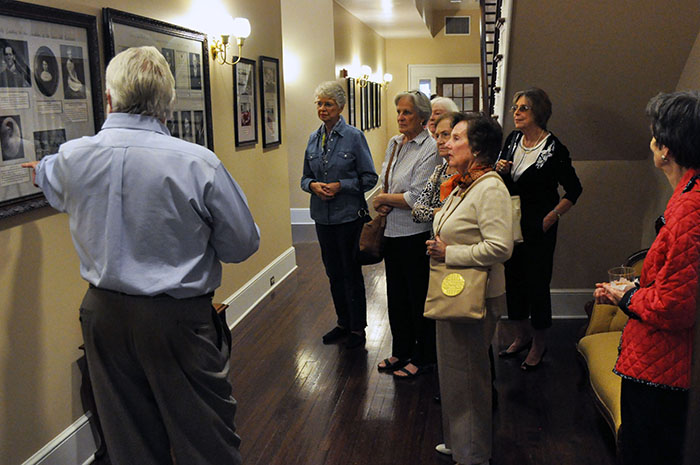 College friends who roomed together when the Lucy Cobb complex was a UGA dormitory returned recently for a tour with Institute Director Laura Meadows that evoked fond memories.

Meadows invited the seven alumnae to revisit the Institute through her friendship with one of them, a volunteer at the Georgia Capitol tour desk. All seven roomed in the Lucy Cobb building and adjacent Margaret Hall when UGA utilized them as residence halls in the late 1950s.

Both buildings have been restored and remodeled since the women's dormitory closed in 1961, but the women enthusiastically explored stairs and hallways to locate where their rooms had been. The tour summoned up nostalgic recollections of the Lucy Cobb complex and university life at the time: Curfew was 9 p.m., female students had to wear skirts and couldn't visit the Varsity on College Square, but "thumbing" was OK—the students often got a lift from Milledge Avenue to UGA's main campus.

Meadows joined them on the building tour and said she enjoyed learning about the women's experiences living in what is now home to the Carl Vinson Institute of Government. "It was delightful to meet all of them and hear them reminisce about their time here at UGA," she said. 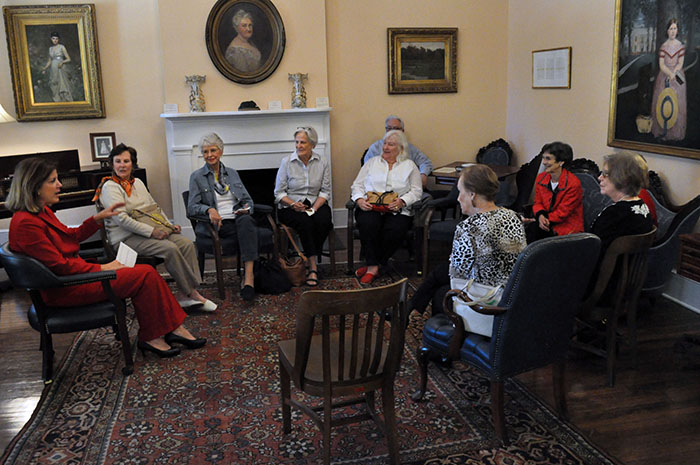 Before the tour, the alumnae joined Meadows in the Lucy Cobb parlor to learn about the Institute of Government's work across Georgia and beyond. "They were glad to learn about what we do," Meadows said.

Facilities Manager Dan Evans described the history of the Lucy Cobb Institute and led the tour. The Lucy Cobb Institute opened as a girls' boarding school in 1859, named for the daughter of Athens legal scholar T.R.R. Cobb. Cobb was instrumental in raising money to establish the school; unfortunately, young Lucy Cobb died of scarlet fever and never attended her namesake institution.

The Lucy Cobb Institute closed in 1931 and was acquired by the university. The buildings served UGA as a book depository and furniture warehouse until the early 1950s, when Lucy Cobb and Margaret Hall opened as overflow housing for women. After the dormitories closed, the buildings fell into disrepair; long-term renovation began in the early 1980s. The Institute of Government, established in 1927, moved onto the Lucy Cobb campus in 1991.