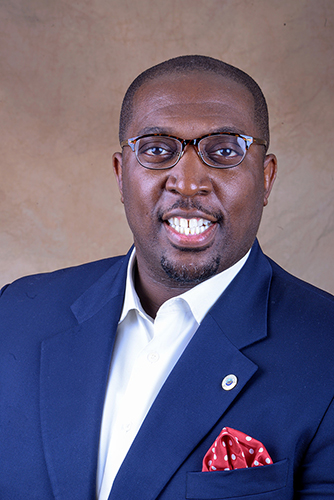 Travis Stegall walked into the Georgia Certified Economic Developer (GCED) program’s Agribusiness class not realizing he would leave with a sunny idea that could produce opportunities for years to come.

The Georgia Certified Economic Developer program, started by the University of Georgia’s Carl Vinson Institute of Government in 2016, offers a variety of class topics to help those involved with economic development in Georgia. “The courses have been better than I could imagine,” Stegall said.

Stegall joined the City of Brunswick as the economic and community development director in January 2017 with the goal to get the City on the map. Prior to joining Brunswick’s local government, Stegall worked in the private sector practicing economic development. While the move to the City of Brunswick and the public sector was quite a change, the conversation was the same with just slightly different lingo. In order to learn that lingo, he signed up for some GCED classes. “It’s the best you can get for the quality,” Stegall said.

One class that showed up in the available curriculum was a little out of his comfort zone: Agribusiness. A guest speaker during the class talked about alternative energy and how it is used in farming. Stegall began to wonder how he could provide this energy and level of service to low-to-moderate income families in his community. With a poverty rate of 42 percent in Brunswick, alternative energy could change many households. Stegall walked out of the class thinking outside the economic development box.

Stegall decided to do some research on how to use the concept of alternative energy in a city while helping people get jobs. He contacted a friend in Atlanta who was well versed in alternative energy to get some ideas. Stegall learned about the Solar in Your Community Challenge, sponsored by the U.S. Department of Energy SunShot Initiative and administered by SUNY Polytechnic Institute. This competition aimed to increase solar access to low and moderate income households in addition to state, local and tribal governments and non-profit organizations. Stegall applied to be considered for the challenge, and in April 2017 he learned that his application had been selected. The newly-formed PUREBrunswick team, which consists of The City of Brunswick, Georgia Power, and PURE, was awarded $15,000 in seed money with as much as $50,000 possible during the challenge. A $10,000 technical assistance voucher was also sent to the team.

The City of Brunswick will develop innovative projects over the next 18 months to enable low-to-moderate income families in the City of Brunswick the ability to go solar. PUREBrunswick will add 100 kilowatts of solar power with 100 percent being distributed to low-to-moderate income communities. Solar panels will be installed on a patch of land behind the City’s Public Works building. It will also create training and job opportunities in the alternative energy field.

Being only one of two cities participating in the challenge in Georgia, Stegall realizes this recognition puts the Department of Energy, alternative energy, and the City of Brunswick in the same sentence—something that has never happened before. That puts new eyes on the coastal city, which is already seeing new opportunities for the future. Several companies, some international, have already called wanting to know more about the city’s involvement with alternative energy.

Stegall has now created an alternative energy model that people haven’t thought of in the past, one that could unite public and private partnerships. And he’s not just thinking of how he can benefit his city. He realizes that this model could benefit Georgia, the United States and the world. “This little class in Tifton, Georgia, has that impact,” Stegall said.

Stegall credits participating in the Georgia Certified Economic Developer classes for this accomplishment. He notes that the classes provided him with training and teaching in addition to encouragement. “The class provided the next level of access…to be able to come to class and email a top-level individual [like the class speaker],” Stegall said. “You guys are like my secret stash.”

Stegall is working towards getting his GCED certification. He’s participated in nearly every class offered in 2017. “Each time, I bring something home,” Stegall notes. “I came to this class, and because of the training and resources I had—thinking outside the box—that’s what caused this.”