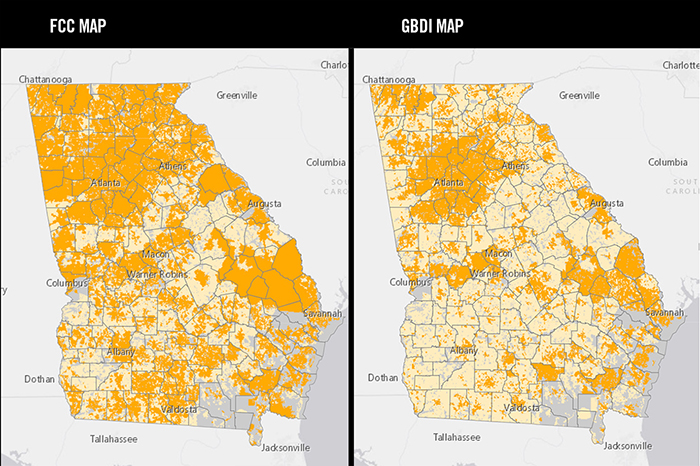 Georgia’s Broadband Map, developed by the Institute of Government, has been named one of three finalists for a national honor from state CIOs. The National Association of State Chief Information Officers (NASCIO) named the map as a finalist for the State IT Recognition Awards in Data Management, Analytics and Visualization. More than 60 NASCIO members judged more than 110 submissions in 10 categories for the State IT Recognition Awards. NASCIO also named broadband access and affordability as one of its five federal advocacy priorities for 2021 and referenced Georgia’s broadband mapping project in its recommendations. “Congress and the FCC should look to leverage broadband mapping strategies that have been deployed in state broadband offices, including Georgia’s Broadband Deployment Initiative, to challenge and amend the FCC’s broadband data collection processes,” reads the NASCIO Advocacy Priority Brief. “A more accurate mapping process will result in improved tools to inform citizens and measure the progress of broadband programs.”